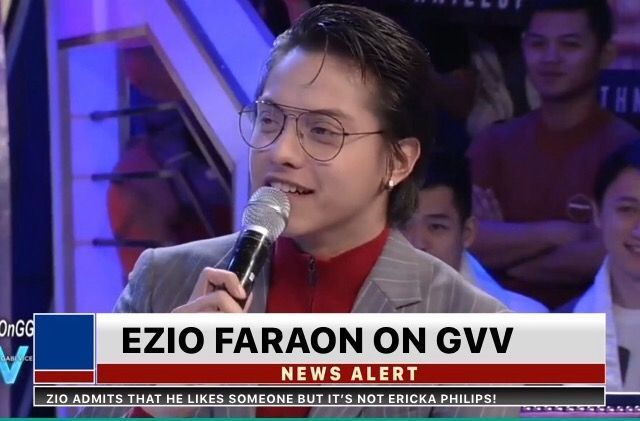 Ezio Faraon, a rising actor that plays the role “Javi” in a new award winning film and a trend on Twitter almost everyday, admits that he likes someone on the late night show, GVV, and it’s NOT Ericka Philips!

They played a game where the guest of the variety show should state their opinion about someone (that will be shown in the big screen). Ainsley Hermosilla, a vlogger, was shown in the screen and here’s how the conversation with Ezio went.

"Oo," he answered. The crowd cheered but not because of happiness! What would Ericka Philips, her love team, would say about it? WATCH HERE!