Grand Theft Auto is being taken down.... 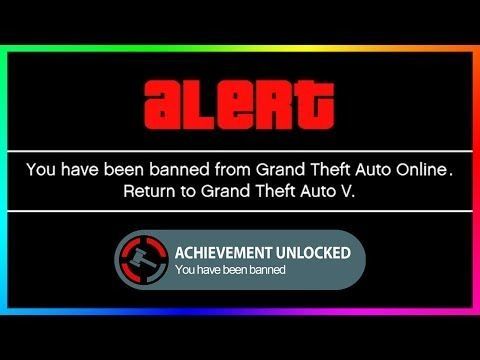 THE ISSUE: ‘Grand Theft Auto’ among violent video games to be banned in Illinois. Takedown
According to Chicago Sun-Times, representative Evans Jr. will amend a 2012 law which will ban the sale of violent video games depicting “psychological harm” and “motor vehicle theft with a driver or passenger present”. Among the games to be banned will be titles from Rockstar Games’ Grand Theft Auto franchise. The move was prompted by a rise in carjackings in Chicago. Evans Jr. said: “The bill would prohibit the sale of some of these games that promote the activities that we’re suffering from in our communities. The bill also changes the definition of a “violent video game” such as Grand Theft Auto to one in which players “control a character within the video games that is encouraged to perpetuate human-on-human violence, in which the player kills or otherwise causes serious physical or psychological harm to another human or an animal.” In other Grand Theft Auto news, Take-Two and Rockstar Games have shut down a prominent GTA Online cheat maker.LunaCheats, a popular source for GTA Online hacks, closed after having discussions with the publisher. The website no longer exists and will no longer maintain, develop or distribute its hacks while also apologising to the GTA Online community. TEA: GTA 5: US Representative Explains Why He Wants to Ban Grand Theft Auto and Other Violent Video Games.GTA 5, other Grand Theft Auto games, and violent video games on PS4, PS5, Nintendo Switch, Xbox One, Xbox Series X/S, PC, and more will be banned -- at least in Illinois -- if a new piece of legislation passes. We reported on this piece of legislation back in February, and as you would expect, it ignited a huge debate about violent video games and their impact on children and society. Right now in the state of Illinois, minors can't purchase games with an excess of violence. This new bill -- which comes the way of state representative, Marcus Evans, who represents the 33rd district -- would expand this limitation and ban the sale of violent video games to both minors and adults.
In a recent interview, Evans elaborated on why he introduced the bill, which he says is designed to raise questions."I don’t want to target a particular brand. The bill was an idea to ban violent video games in general, not focusing on one, as there are a lot of video games that include violence," said Evans. "The purpose of the bill is to bring up the questions: Should we have violent video games, should we censor them, and should we examine these violent video games contributing to the acceptance of violent deviant behavior. These are questions which prompted me to file the bill. Do you know what’s going on in Chicago with all of the violence? It’s pretty terrible, a lot of people are afraid, so because I represent these folks, I wanted to do something to invoke a conversation, which is hopefully getting folks to think about some of the issues going on in Chicago, and how we can work together to solve them."Evans continued by addressing various studies from the American Psychological Association, which have routinely been unable to link violent video games to real-life violent behavior. Addressing this refute, Evans notes that the studies have been far from sweeping and haven't come close to studying all of the young men in Chicago who could be influenced. That said, while Evans points out the limited sample size, he does admit the studies could be right, but that doesn't mean the conversation isn't worth having."We know that everything we intake affects us. I know music affects me, food affects me, my relationships affect me, and maybe the violent games are affecting us," said Evans. "Or maybe it’s not, and that is a part of why we have the conversation – maybe we’re at a point where we say 100 that it doesn’t and we can be in agreeance, and then we can focus on the things that would help against violence and invoke The Gaming Community to be a part of helping solve violence in my community and other issues." Evan dives deeper into the bill and the problems it aims to address in the full interview (via Spiel Times), and even reveals what his favorite video games are. That said, as of right now, nothing has come of the bill. Of course, if this changes, we will be sure to update the story accordingly.