From Sugar to Shit 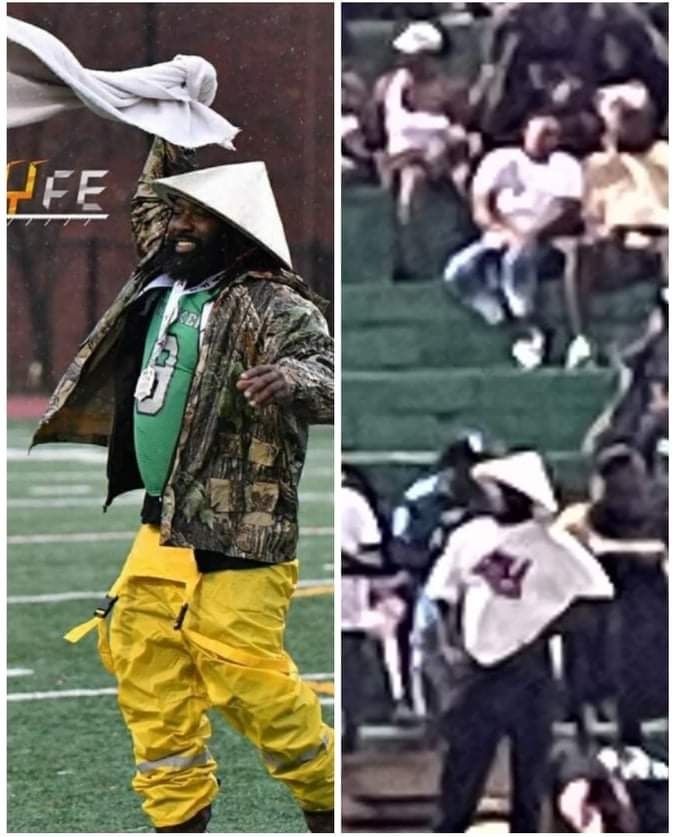 The season has officially started……well for some. A lot of us still waiting on the fuckin schedule! But let’s start off with ABA vs Atl Vikings, this game was EXACTLY what we thought! Trent Nash i mean Atl Vikings got the shit beat out of them, Aba beat them 30-0 and Trent Nash tried to convince us that the Vikings was the 12u to beat, well that ended quick. Vikings old faithful parents wearing those ugly ass 1988 Vikings shirts, they should burn the shirts and the program, them section 8 kids looked so sad in that hideous ass purple green..I mean them colors dnt go together for shit! Uniforms look like somebody wiped they ass with Comic section of the newspaper and then dressed the kids in it.
Now let’s talk about the biggest match up at 12u Tucker Lions vs RDU (rain deer unit), this was the people favorite match up. RDU talked all that shit before the game but forgot they had to play the game, these negros came out there with their practice uniform on, looking like some old beat up red & white shell toe adidas . Lil Dee Dad started the game at midnight when he decided to let everybody know RDU was playing daddy ball (but we all knew that, it’s 8 dads which their 8 kids start) but come to find out THAT WAS CAP, it seems the mom tall aggressive ass(I’ll let her back me down & post me up in the paint) wear the pants because 7 was there……and played, after the game the dad filed for primary custody cause clearly not letting Lil Dee play with sorry ass RDU was the best decision for the child, mom dropped the ball on that one. Zyquan Lee made a lot of bets over these past weeks but we found out he can’t even afford a fresh pair of draws….the hole in them was as big as the holes coach E’s defense left open for Tucker to score, Meechi stated “soon I seen that door trap in his underwear I knew then I wasn’t getting paid”. Mark Gray (who’s never met a coach he like, been on 6 teams in 6 years)was sitting away from the team because his Offensive tackle son was not able to play RB….reality ain’t set in that he’s a lineman and not a running back. Kristy,Kman mom and dad, was so upset because one of the people in the stands yelled “I’m tired of that high throwing QB”, she actually stated she will shoot anybody about her son …especially Coach Drek…who called 4 passing plays on the 5 yard line and the receivers couldn’t catch Covid walking around Grady hospital naked with no mask on, except for Big Tank. We spotted RDU favorite parents Mya and Ashley very quiet during the game, even Montay Savage, who built like a soggy banana, was so upset he didn’t wana serve me no weed(and we gon smoke it with him cause he look so sad like his chest). Tighe, FU outstanding RB/LB, was waiting at Ashley car to get his money from
Flick losing ass and the kids also was bothering them about the kids clean uniform (not a mark was there). Coach Ike was on the sidelines laughing because The coaching staff fired him only for them to still lose. The kids from RDU was seen asking to come back to FU, it’s clear who was the problem. FU parents turnt the stands up, they are the livest parents and kids are having a ball…..it’s really sad that once again Tucker lions will be the reason the seminoles, i mean RDU break up (you can still switch teams now parents). Tucker lions kicker Peter was nothing sort of amazing! He kicked all over RDU and they left with a 22-6 win…..